A Year in Place

The country, North Carolina and New Bern returned to in-person activities this year, and we were all for it! Here are four wonderful places in time we celebrated this year. 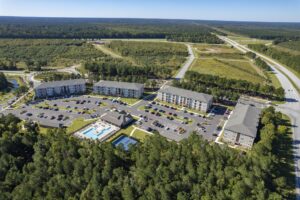 The Place for Activity

West New Bern was the site for amazing progress throughout the year, including Comet West New Bern. The apartment home neighborhood welcomed lots of new residents. The resort-style pool was the scene for hours of fun and relaxation. We saw more than one friendly competition on the pickleball courts between neighbors!

During 2022, we welcomed many families to D.R. Horton’s first single-family neighborhood in West New Bern. The builder also introduced its Villa Series, homes with new floorplans and rear-load garages. The neighborhood looks fantastic, and you can see for yourself daily at the Penwell model home. 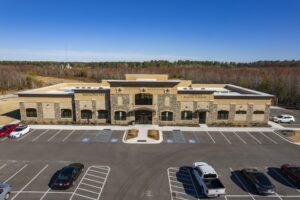 Treat yourself to a spa experience at New Bern Aesthetic Center.

The 13,000-square-foot New Bern Aesthetic Center opened in the fall as a true “lift” to our community! Dr. John Zannis and his team outdid themselves, with an amazing offering of services. In early November, the Center hosted the First Annual New Bern Health and Wellness Fair. If you have yet to visit, do yourself a favor and make an appointment. Be sure to take time in the Zen Garden!

Weyerhaeuser, the developer of West New Bern, was the presenting sponsor of the inaugural Trail to Tryon race along the Tryon Palace perimeter, throughout Downtown New Bern and around the riverfront. The event, which included a 5K, 10K and half-marathon, was a “runaway” success, with over 250 participants. The race was produced by the New Bern-Craven County Visitor and Convention Bureau, with some proceeds benefiting the local American Legion Post 539.

If you have been waiting to visit West New Bern, perhaps it will be on your list of resolutions in 2023. We cannot think of a better one that is easy to keep!