I recently had a free Saturday morning, and I thought a fantastic way to be productive over the weekend was a nice, long hike in 90-degree weather. Joking of course about the heat, I wanted to take in some fresh air and some new scenery. Less than 20 miles down the road from New Bern, we have an amazing place to take a hike and more.

Croatan (pronounced crow-ah-ten) National Forest spans nearly 160,000 acres. Located in Havelock, the forest is the only coastal one along the Eastern Seaboard. I learned the name comes from the Indian tribe who lived on this land during Sir Walter Raleigh’s Lost Colony period. The sights and sounds are calmingly beautiful, with trees as far as the eye can see. Water is in every direction, as the forest borders three bodies of water. If you are a birdwatcher, this is the place to be.

Last time I was here, I took one of the easier trails. On this outing, I “braved” the Patsy Pond Nature Trail so I could read up on the interpretive signage, which also allowed me views of Bogue Sound. Croatan has an abundance of recreation areas for everything a nature lover loves to do–camping, picnicking, swimming, canoeing, hiking and fishing. Or, if you simply want to park your car and set up a camp chair, you can do that also. Next time, I am coming back with a friend and her kayak! 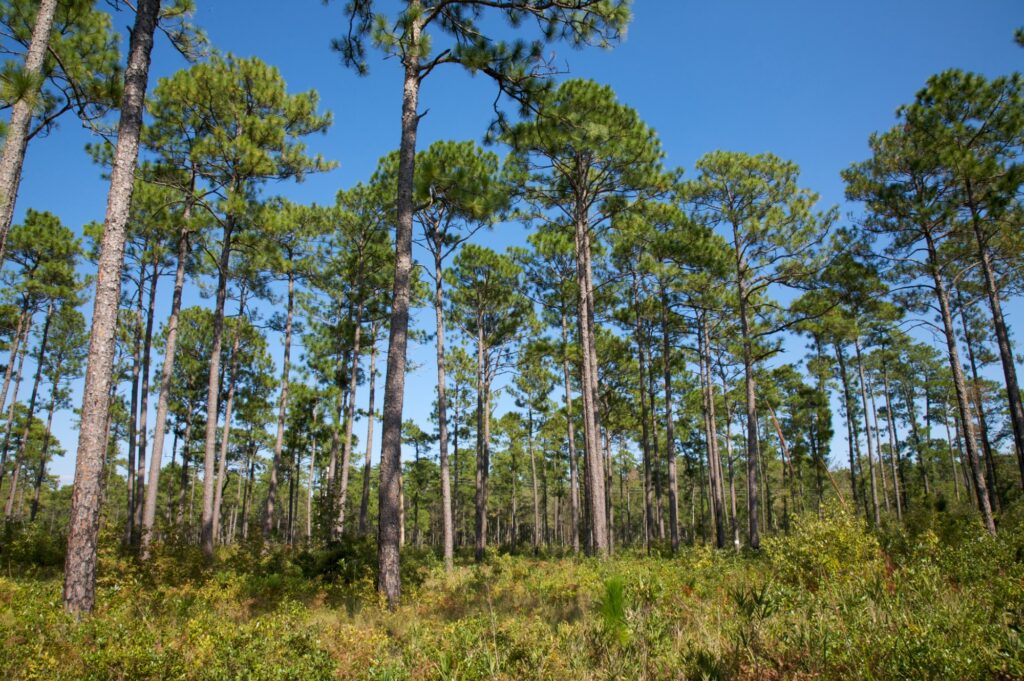 A pocosin, a wetland with trees, in Croatan National Forest.

I passed by someone who mentioned I had to see the pocosins. After asking that he repeat what he said three times, it was best to heed his advice and search for these so-called cool somethings. I found the Pocosin Wilderness area, and now I can check that off the list! Pocosin is an Algonquin Indian word meaning “swamp on a hill,” with Longleaf pine trees. Apparently, they are an essential habitat for the Red-cockaded Woodpecker.

Croatan National Forest is definitely worth the drive from New Bern. Tell others to take a hike, too!