First and Foremost, New Bern Is Second to None

It’s evident the City of New Bern is one of pride, community spirit and friendly people. However, I had no idea New Bern was a place of firsts! As you drive, bike or walk through the city, you are likely to come upon two of them. 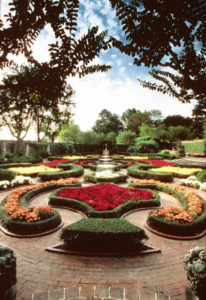 I was in a gardener’s dream at the Tryon Palace Gardens.

Did you know New Bern was the site of the first capitol building for North Carolina? Tryon Palace was commissioned under Governor Tryon, and in 1771 it opened. During the Revolutionary War, the palace was burned to the ground. This tragedy, coupled with the population moving westward, resulted in Raleigh being named the new state capital. Thankfully through hard work and generous donors in the 195os, the palace was restored. I love historical places, and this one in particular is absolutely perfect to spend the afternoon.

I try not to drink too many sodas, but the Pepsi Store is worth a visit!

Afterward, I was building up a thirst. Well what do you know…New Bern is the birthplace to Pepsi-Cola, so that made it easy to quench my thirst. I must admit I’m a Coca-Cola gal, but it was fun to see where Pepsi-Cola was first invented in 1898 by Caleb Bradham in his pharmacy. He believed the drink was a “healthy” cola, getting its roots from the word dyspepsia, meaning indigestion. I must admit this is a stretch, but I do love a good soda.

Both Tryon Palace and the Birthplace of Pepsi-Cola are must-sees. New Bern is home to these two firsts, and I hope it is someday the last home for me!