New Bern is known for the 60 themed, ceramic bears located throughout the city, hence the nickname Bear Town. However, it could soon become known for its outstanding selection of places to relax with a cold beer. 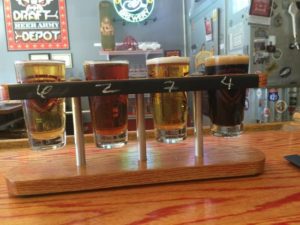 A flight of craft brews at Beer Army.

On one of my recent jaunts to New Bern, I wanted to investigate two places in the historic downtown that I overheard some locals raving about. While I am a visitor, I prefer to take in the sights, sounds and flavors of where the locals prefer to frequent.

I first stumbled (figuratively, not literally) upon Beer Army Burger Company. The burgers are incredible, but what made a lasting impression was the wide selection of drafts, each with a detailed description of how it was developed and the taste expectations. This craft brewery offers 16 rotating taps plus two house beers.The story of how the name and vision were created makes this place even cooler. Click here for the backstory. 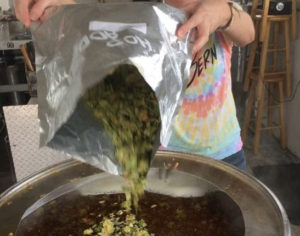 Brewery 99 takes their brew mastery to a whole new level.

Now that I could say I drank a “Heroes Never Die” draft, it was time to move onto the other bragged-about beer joint, Brewery 99. Now this is definitely a locals’ hangout. You’d never know from the looks of it outside, but inside you may likely find some of New Bern’s finest denizens enjoying a beer or two. Be sure to ask for a sample of one (or all) of their four distinctive brews.

While New Bern is named in homage to Bern, Switzerland, it may soon achieve the well-deserved nickname of New Brew!