Ho, Ho, Home for the Holidays 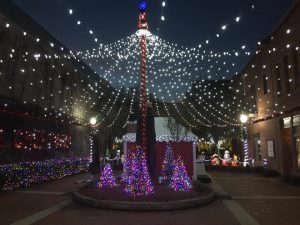 The holiday season is in full force, and there is no place I would rather be than New Bern. While there is a host of activities and events throughout the last week of December, two stick out for me.

Hop on Board the Polar Express!

On Sunday, December 23, I made plans for the inner kid in me. I will be joining friends on the Polar Express for an hour of caroling and bright lights through downtown on the New Bern Trolley. There is even going to be a “special snowfall” that evening in Bear Plaza. Now I realize I may be deemed a bit too old for this fun, yet isn’t that what this magical time of the year is all about? Santa, elves, singing, lights, smiles, laughter… this is going to be fun!

Ring in the New Year in (Block) Style

The following Monday is New Year’s Eve. While I have yet to ring in a year in New Bern, I decided this was the year to do something “new.” And, what a great way to start a new tradition! The city is hosting the First Annual (or so I hope) New Year’s Eve Block Party. The event takes place in front of City Hall at the intersection of Pollock and Craven Streets, beginning at 5:30 p.m.

The block party will include family-friendly activities and lots more. Naturally, all this fun requires nourishment, so there will be plenty of choices from several food trucks. Of course, no party would be complete without music! 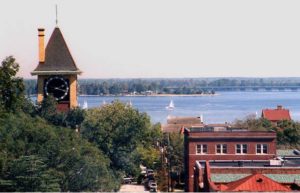 When the clock strikes 12, it will be a party to remember in New Bern.

Adam Pitts, known for his ability to play a variety of musical instruments, will take the stage first. Then, Love Tribe takes over, playing the best party and popular hits. This block party will likely become a full-blown dance party before the night is over.

The coolest part about the New Bern Block Party? There will not be just a ball dropped. Instead, at the stroke of midnight, all eyes will be on the lighted “bear drop” to ring in the New Year!

You must admit these two events sound like a ton of fun, for kids from one to 92, as the song goes. I know they will bring joy to this kid!